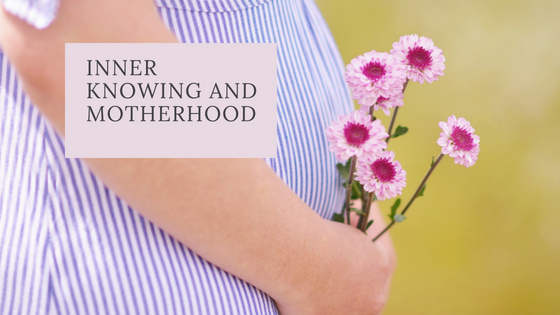 While studying to become a life coach I attended the Beautiful You inspiration day.  It was affirming to meet so many like minded people all with hopes and dreams of making the world a more loving place.  We had some incredible speakers at the event.  One in particular inspired me to write this post.

Her name is Emma Mildon author of “The Soul Searchers Handbook”.  She told us her story of 300 rejections from publishing houses before she finally understood she needed to try something different.   While she spoke I was reminded of the quote “if you always do what you’ve always done, you always get what you’ve always gotten.”  While I really loved that part of her message it was her persistence in the face of so many rejections that spoke to my heart.   Her message was simple.  She persisted through those rejections because she just knew in her heart this book was meant to be published.

Her message led me to reflect on an enormously important period of my life where I did exactly the same thing.  I have often asked myself why I kept going through the years of IVF, miscarriages and loss.  Listening to Emma speak I had a realisation that it was because I knew deep down in my heart that I was meant to be a mother.  That inner knowing gave me the strength to keep going in the face of enormous challenges.

The start of a long and (sometimes) lonely road to motherhood The road to motherhood was long but very beautiful

I want to start at the beginning of this part of my story.  I found myself in my early 30s, single and facing the prospect of giving up on my dream of becoming a mother.  The decision to become a single parent by choice deserves it’s own post so I’ll skip over that for now and move straight to the part where I made my dream come true.

At the time there were two clinics in my home city with donor sperm available to single women.  The first clinic I approached had a 12 month waitlist which felt ok because it gave me time to make sure this was what I wanted.  Looking back I can see that was just the beginning of the challenges life was going to throw my direction.  I truly believe these challenges were sent to test my resolve and make sure I was really committed to my dream of motherhood.

During that 12 months the barrage of invasive testing began.  I have PCOS (likely impacting egg quality), I have a blocked fallopian tube (impacting my ability to conceive without IVF) and one thing I was already well aware of, I was overweight which impacted my ability to even access treatment.  A lot of clinics are not comfortable treating overweight women and this clinic was no different.  Any person who has ever suffered from PCOS understands how difficult losing weight can be.  It’s a never ending battle against your own body.  The clinic set me a target weight to achieve by the time I reached the top of the waitlist.

While I was waiting I heard of another doctor sympathetic to both overweight and older women.  I approached his clinic, had additional mandatory counselling and placed myself on their waitlist.  This clinic ended up being the clinic through which I had my son but the challenges were far from over.  Life still needed to make sure I was really certain.

The road to motherhood starts getting rocky

The choice of donor sperm is also for another post but needless to say I reached the top of the waitlist and was ready to go.  My initial protocol was to attempt the less invasive intra uterine insemination (IUI).  This approach requires near daily blood tests to track hormone levels and then at the appropriate time an insemination procedure is performed.  My memory is a bit hazy about how many times I attempted this but I think this went on unsuccessfully for about 6 months so approximately 6 failed attempts.  At this point it was decided that I should move to IVF. IVF is a whole other ball game.  I spent the best part of three years full of synthetic hormones.  I felt I handled the whole thing amazingly and wasn’t impacted at all by the hormones but I think my friends would say otherwise.  Being emotional, sensitive and angry became the new normal for me.  Scheduling my life around regular blood tests, injecting myself with hormones, invasive ultrasounds and surgical procedures became just part of life.  My very first round of IVF only two eggs were collected and neither fertilised.  I’m not sure I would have been able to continue if I’d known I had another 12 IVF cycles to go.

During this time I had a couple of “chemical” pregnancies which are effectively early miscarriages.   Your blood test shows the pregnancy hormone is positive but it goes away by the next blood test.  So I kept going month after month changing the protocol each time in the hopes this might be the one.  I became my own advocate researching everything I could about IVF, PCOS and fertility.  I tried Chinese herbs, acupuncture and meditation.  I joined support groups and read everything I could get my hands on.  Fortunately, my IVF doctor was open to trying different things within the boundaries of basic IVF protocols.

As I was stepping into my own strength the support from those around me dwindled.  It became too hard in the face of what seemed an unattainable dream.   I was advised to give up and counselled to look to the reality of my situation.  How to explain that I knew I would be a mother somehow so I had to keep going.

Finally after 18 months success.  I was pregnant!  I saw her little heartbeat twice and all was going well.  I excitedly went to my 12 week ultrasound looking forward to seeing my baby.  When the probe was placed on my tummy it was immediately obvious something was wrong.  I heard her words “I’m so sorry I can’t find a heartbeat” like I was hearing it through a fog.  The pain of miscarriage was like nothing I have ever experienced.  The only positive to come from it was that I knew I could get pregnant.

The quest to become a mother begins The quest to become a mother begins

So began what I can best describe as a quest to have a baby.  There was never one moment I considered giving up but I did have to draw very deep within myself to keep going.  My research continued and I came across an American doctor who had written a book called “Is your body baby friendly?”.  His book talked about how sometimes the body will view an embryo as a foreign object.  It was like he was describing my experience.  Chemical pregnancies, miscarriages, multiple failed IVFs and the part that pulled it all together for me a diagnosed autoimmune disease.  I have Crohn’s disease which means my body is pretty much designed to attack itself.  For the first 10 weeks of my failed pregnancy I had been on steroids to calm my immune system.  When I stopped the steroids my baby died.  I just knew this was what was happening for me but how to get somebody to listen.  This information wasn’t widely accepted in the medical community.

My research continued until I finally found an Australian doctor who had studied under the author of the book.  The catch was he was in Sydney which is the opposite side of the country.  Not deterred I contacted him and flew to Sydney after an extensive phone consultation.  The procedure in Sydney confirmed my suspicions.  My body was attacking every embryo.  The only reason my failed pregnancy had got as far as it did was because of the steroids.  From that point on things ramped up.  I started daily injections of blood thinners, taking enormous amounts of folate and the hardest part, I started a regular process of flying to Sydney for infusions in hospital to suppress my immune system.

Finally success I became a mother

I had one more unsuccessful IVF cycle on this new protocol and then success!  I hardly dared to believe it was possible but over the next 9 months (with multiple trips to Sydney) I stayed pregnant.  My baby wasn’t completely out of the woods though.  I had to stop my blood thinners two weeks prior to my scheduled caesarian.  In that short time my body went back to it’s old tricks.  I won’t go into the specifics of his birth but I certainly consider myself the most fortunate woman in the world to have my healthy little boy. The day I became a mother

My son is the most precious thing in my life and has brought me more joy than I even dreamed could be possible.  Five years later I still pinch myself that I have the privilege of having this gorgeous little man call me Mum.

So that’s the story of my path to motherhood.  Life threw everything at me to make sure I really wanted to be a mother.  Even writing about that time I can’t quite believe that was me.  I just kept going and going certain in the belief I was meant to be a mother.  While I was unaware of it at the time there was an inner knowing deep, deep inside of me that just knew I was going to be a mother.

The journey to motherhood was the making of me as a person.  I discovered I am a strong, resilient woman capable of great sorrow and enormous love.  The inner knowing drove me to keep going and take things one step at a time.  I didn’t look too far into the future, I focused on where I was and here I am five years later mother to my amazing little boy.    I know that whatever life throws at me I have the strength to handle it because I’ve done it before.

You have Successfully Subscribed!